Before the eternal mystery

When we are asked to write about our missionary activity, we usually mention our activities, the work of catechesis, baptisms, church attendance and worship for the faithful, church and school reconstruction, humanitarian assistance in general and the progress of action developed in this field by the grace of God. However, the Mission, like any good work, is not just a beautifully laid out sequence of events, nor a romantic monologue aiming to impress and cause temporary emotional stimulation of the senses, but most of the time a harsh reality which often hides unexpected sorrow and grief for those experiencing its truth.

But behind any such sorrow lies the peace of God and His miraculous Providence. God’s plan that works mysteriously, slowly and so serenely and changes the course of man, of history, of the entire world…

I instinctively laid my hand on the child’s cold forehead. His eyes were closed as if, unimpeded now, he was dreaming of the eternity that everyone expects in this life, even if they claim not to believe in it. My hand makes the sign of the cross on the white- though black until now- forehead of the 22- year- old man, and my lips, after the short memorial service, utter “everlasting be thy memory, o our brother, who art worthy of blessedness and eternal memory”. But my eyes refuse to leave his serene face. That face, which was full of pain and suffering until yesterday. And now it is calm, unworldly, far away from us, yet so close.

The lad was one of our faithful. One day an unexpected temptation scandalized him and prompted him to leave our Church. Ten months ago he had a car accident. Despite the fact that he had sustained spinal fractures which resulted in the paralysis of both lower limbs, his health condition was not too disappointing. I knew his case, but the amount of work never let me go to the hospital to visit him. One day a priest insisted that we go there. I accepted the proposal and followed him.

When I entered the room I saw the young man in a semi-comatose condition. His body had stopped taking in the drip-feeding liquid (he had been on the drip for ten months) so, it seemed that now he was in the final stage. He had no awareness of his surroundings. Only his eyes were still open…

In the evening we prayed for this lad. Early that night, I felt the urge to read a forgiveness prayer for the patient, even at this last moment that he had lost contact with the outer world. Besides, he might have repented, but now it was not possible for him to confess.

After reading the suitable for the occasion prayers, we left on a three- day trip. The priest who had taken me to the patient told me, “Father, I do not think that he will fall asleep today but tomorrow. He will be waiting for us for the funeral.” His health condition had slightly improved during the night. On the third day when we were coming back, – until then there was no possibility of contact with him – we called his father and found out that the young man had indeed passed away on the second night after we left.

That night, one of the priests of our group had a dream with the young man pushing our car. We were actually back on the third day, and his parents were waiting for us for the funeral.

And now, my hand is on his cold forehead. The father does not have any money even for the funeral. Two words come to my mind: “human drama.” And my last prayer unconsciously turns into an apology:

“Forgive me, my child, for being late. Forgive me for not managing to give you the love that you deserved as a human being. Forgive me for only meeting you on the eve of your big journey to eternity. As soon as I opened my heart to you, I had to close it before the biggest event of your life. I wish I had done a lot more for you as your father and brother, but I ran out of time. Deep inside of me there is pain. But also hope. For the Judge of our actions is Someone Else. We only see what is humanly possible. He is the One whose eye penetrates even to the unseen world and knows our deepest thoughts and feelings.

Farewell my brother. Go in peace. Go in peace, wretched son of Madagascar, my poor brother from Tulear.” 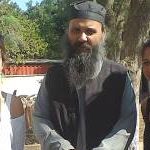