The fire of Pentecost in the Pacific islands

Dear brothers in Christ, members and associates of the Orthodox Missionary Fraternity, may the blessing and joy of our Lord Jesus Christ be with you.

In the book of the Acts, chapter 16, we read that when Paul and his missionary team were in a region called Mysia, near Adramytteion and Pergamon, they thought of heading to Bithynia for the propagation of the Gospel.

However, they were prevented by the Holy Spirit, “But the Spirit suffered them not”.

Therefore, they went down to the city of Troas, where Apostle Paul was shown in a vision a man from Macedonia begging him and telling him in Greek

“Come over into Macedonia, and help us.” (Acts, 16, 9)Therefore, after this vision,  Paul got ready to leave for Macedonia, concluding that God had called them to preach the gospel there, so he went to Philippi (near the city of Kavala today), where he started his missionary work in Greece..

Apparently, the Holy Apostles preached the Gospel being inspired and guided by the Holy Spirit.

Such things happen in the life and work of the missionaries in all ages, since the Mission may be carried out by people but it is a work of God.

As we speak, I would like to talk to you about the Head of the Orthodox Mission in New Zealand and Fiji, Metropolitan Amphilochios, who, until recently, with the agreement of our Venerable Shepherd His-All-Holiness Ecumenical Patriarch Bartholomew and the advice of a pious physician and missionary, had decided to submit his resignation from his position for health reasons. “But God works in mysterious ways.”

Now Metropolitan Amphilochios has decided not to carry out his decision for several reasons:

Naturally, after such overt intervention s on the part of God, it would not be possible for His Eminence to think about resignation and things like that.

“I have come to cast fire upon the earth; and how I wish it were already kindled!” (Luke, 12:49). This is the fire of Pentecost. The fire of the Orthodox Mission in Oceania is growing bigger and bigger! A gift of the Divine will granted to us. We cannot do otherwise but bow in reverence to the God of love who wants “all men to be saved and come unto the knowledge of the truth “(Tim 2: 4), repeating the words of St. Job the Much-Suffering : ” The Lord gave, and the Lord has taken away. Blessed be the name of the Lord now and to the ages. Amen” 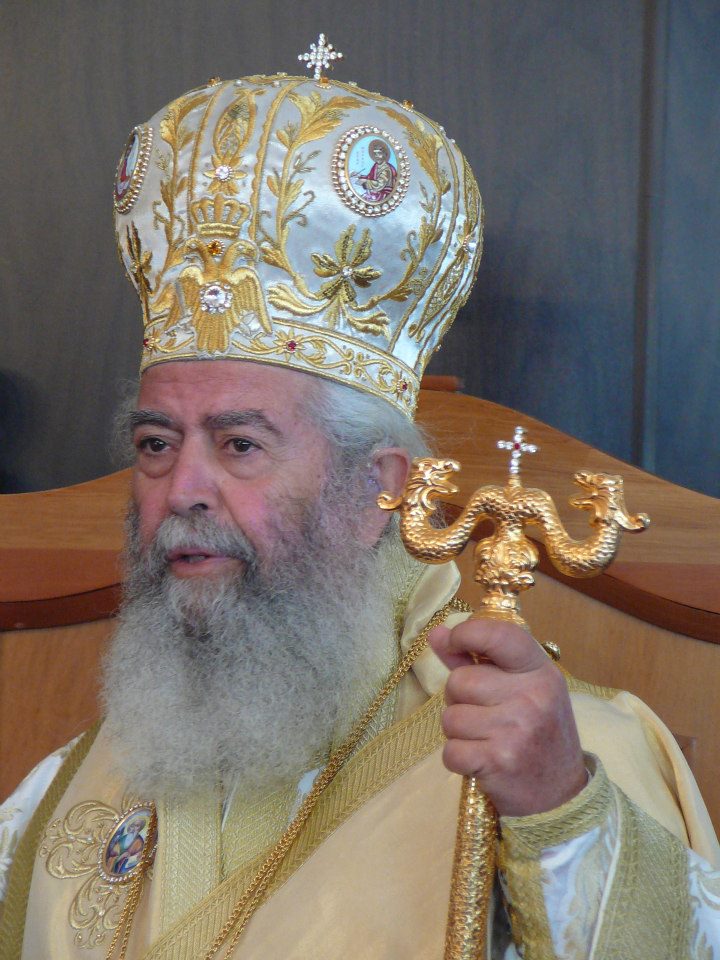