On July 16, 2019, with the blessings of His Eminence Metropolitan Athenagoras of Mexico and Central America, I left the USA on secondment from the Metropolis of New Jersey, and at my own expense, I landed in Jamaica to explore the possibility of establishing and developing the Orthodox Mission in this country under the regular ecclesiastical jurisdiction of the Metropolis of Mexico, which falls under the direct jurisdiction of the Ecumenical Patriarchate of Constantinople. My purpose here is to be permanently appointed as parish priest at St. Timothy’s first Orthodox parish in the capital city of Kingston while at the same time serving in other smaller cities, ministering to the needs of the Orthodox Christians there, and also spread the Orthodox faith throughout the island.

Jamaica is an island of 11,000 square kilometers, that is, slightly larger than Crete, lying in the North Caribbean Sea, south of Cuba, with a population of 3 million people. The vast majority comes from African slaves. It is an English-speaking country which gained independence from Great Britain in 1962. The climate is tropical: very hot, very humid, and the environment is characterized by very dense vegetation, like a continuous jungle with many tropical trees. It is generally in a better state than Africa and many other poor countries, but it is also very expensive/the cost of living is extremely high, with prices ranging from twice as much to five as much as in Greece, while salaries are lower. That is why the majority of the underprivileged live very poorly without being able to have access to most goods and services. However, there is no such problem as famine because there are fruit trees everywhere and one can simply reach out their hand and eat some food, even if that is limited to fruit. Most Jamaicans are religious, and there are all sorts of confessions. The predominant one though is the Protestant, due to the strong influence of the USA on them. The Orthodox Church not only does not exist, but it is completely unknown. The only “Orthodox” Church they know is the Ethiopian «Orthodox» Church, which was made popular by the famous Jamaican Reggae musician Bob Marley, who was converted to it. Finally, here is where the religious movement of Rastafari originated and developed.

There are currently 2 tiny Orthodox communities, exclusively comprised of converted Jamaicans, one in the capital Kingston on the island’s south coast, and one in the north seaside town of Runaway Bay, numbering 9 adults and 5 children in total. They discovered Orthodoxy on their own by searching the web, and have been baptized since 2015. They know very little but are interested in learning. There are also a few people coming from Orthodox countries (7 Greeks and a few Slavs, Lebanese, and others). Until recently, the two Orthodox communities, mainly that of Kingston, were served by two American priests from the US who visited the island for a few days several times a year. In Kingston the faithful have turned a family home into a chapel, where the sacred services are performed with meager means. When there is no priest, they gather on Sundays and conduct the Typika service. The first person to be baptized and the most active of all, Mr. Moses Myers from the northern community, maintains a group of online media friends. As regards myself, I conduct the Divine Liturgy every Sunday and on major feast days, and the Services of Vespers and Matins the rest of the days. I have also started teaching a course on our Faith addressed to Orthodox and non-Orthodox people. In addition, I am trying to teach elementary Byzantine chant in English so as to help improve the liturgical level of chanting. Moreover, I have provided the communities with two tablets with full liturgical as well as chanting material in English. Besides teaching, I prepare relevant texts, and later I am planning to videotape my lesson and upload it on a site along with other material. On Fridays and Saturdays I I conduct the Divine Liturgy at the parish community in the north, where I also give classes and pay pastoral home visits. There are also some 20-30 heterodox people scattered throughout the country who are interested in learning about Orthodoxy. Finally, along with fervent prayer to the Lord, I have started the procedure for the official recognition of the Orthodox Church and myself from the State.

Undoubtedly, the Orthodox Church here is missionary by nature. I have almost started from scratch with very few believers,lacking in basic theological knowledge, without a church building, money, ecclesiastical supplies, books, salary or housing (I am currently being accommodated by the family that hosts the chapel). But with the help of God and the faithful Mission friends around the world, everybody here hopes for the Orthodox Church in this new country not just to exist but to get into the heart of the community and the life of its inhabitants, conveying the true message of the Gospel as only our Church knows and understands it in depth.

My beloved brothers and sisters in Christ, having served in the Orthodox Mission in Sierra Leone for a short time and as a volunteer in Ecuador and Mexico, in Latin America, now, from this post, I am making an earnest appeal to all of you to help me with my work here through the Orthodox Missionary Fraternity, which is based in my hometown Thessaloniki. 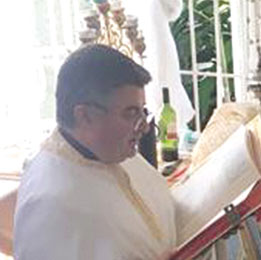 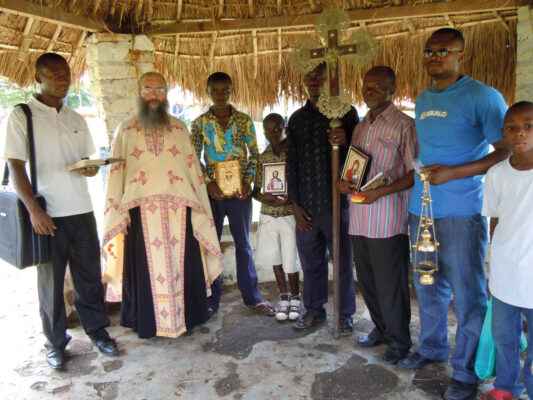 Dear Friends of the Missions, I would like to share with you the concerns we have here in Bukoba after our settlement

The Well of Life

I will never get tired of confessing, because first of all, it relaxes me to experience things myself, that the life of

Land for the Mission

My dear brothers and sisters, rejoice in the Lord. We are writing to you from the Dodoma Orthodox Mission in Tanzania. With